Captain Pip’s Marina & Hideaway and Porky’s, was “The place to be in the 1950”s, when it was known as Bill Thompson’s Villas and Marina. Ernest Hemingway, Jimmy Hoffa, Elizabeth Taylor and Eddie Fisher were regulars. And the word is they “Got Drunk Here!”

The very first owners of Captain Pip’s were 2 ladies. They had a dog name “Pip”. They kept getting people (mainly men) asking where the “captain” was, so they would tell people that the captain (Pip) was busy around property! People still ask where is Captain Pip.

Barbara and Johnny Maddox purchased Captain Pip’s Marina and Hideaway in 1998 and ran the business for almost 15 yrs, including the boat rental business. They were later able to purchase Porky’s Restaurant from George & Susie Nugent in 2001.

In January 2014 they sold Porky’s to long time employees, Sean Johnson and Magdelena Jedrzejewska. Then in May of 2014 they sold Captain Pip’s Marina and Hideaway (rental units & rental boats) to John “Ernie” Crawford. Here’s where our current story begins.

Ernie saw a magazine article that Captain Pip’s was for sale and he called Bob & Wanda Brock (Realtors) to inquire.

Captain Pip’s is Ernie’s first foray into the marina or hotel business, but he is a veteran business owner. Ernie has owned 25 Arrow Mart convenience stores and 16 Subway sandwich shops in upstate New York before selling them all about 13 years ago. He later bought a golf course in Perry, N.Y. and owned it for several years before selling and moving to Stuart, Florida.

Ernie has done a lot of upgrades and continues to do projects everyday. The first year Ernie owned Pip’s, he put brand new 4 stroke Yamaha engines on the boats and purchased 4 brand new Parker boats. All the rooms were painted; new super quiet air conditioning units, new furniture & new linens were purchased. Some rooms have new hardwood floors. New bathrooms & kitchens were installed, and also new landscaping. The list is endless and ever changing.

That wasn’t enough for Ernie, he is a man who loves to stay busy. The end of the third year, Pip’s purchased a 31 ft. Catamaran, “Spirit”. So Pip’s began taking snorkelers from all over the world snorkeling to Sombrero Reef & Lighthouse. If interested in a great snorkeling experience call our reservation line: 305-289-0614. Very reasonably priced.

Just watch us on Facebook, we love to post pictures of our new and improved Captain Pip’s. Who knows what the next project Ernie has up his sleeve. 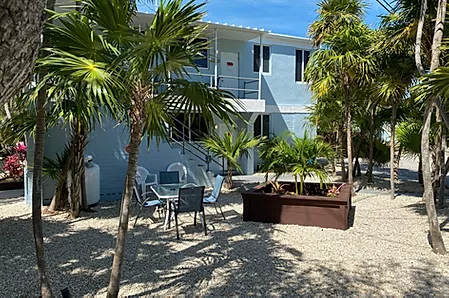 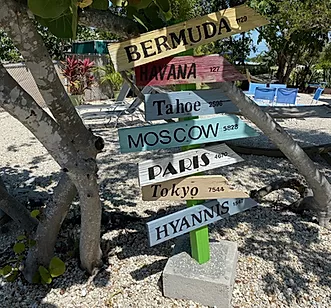 Things were all systems go for a while, people loved to come to Captain Pip’s for its Old Florida style accommodations, the resort was totally booked all the time, boats were rented every day, unless it’s a small craft advisory, snorkeling was doing great. Everything running like clockwork

But then Ernie got a little bored and went looking for another adventure to get into.

In the early months of 2017, Ernie was driving around town and spotted a small little motel called Knights Key Inn. It was a little run down, but Ernie has that eye and can see potential.

After a total remodel, KKI as we call it, opened in June of 2017. That added another 10 rooms to Captain Pip’s. We are very proud of the resort with its sunset views and ocean breezes. Our new clients are loving it.

If opening a new resort wasn’t excitement enough for our boss………There was a building on our lane that Pips never owned, it is in between two of our buildings. It came up for sale and it was a no brainer. Ernie had to have it to add to the resort. Now Pips owned the entire lane. We began clean up and just began to start the remodeling

Then came Sept 9th 2017 and IRMA! What a blow for our City of Marathon and the Keys, no pun intended.

We were one of the lucky ones, but our office was not so lucky. It exploded into the trees. We will miss our little shed of an office. We have a picture in the office, if you would like to see.

That’s why we are in the construction trailer, but only temporarily. Captain Pip’s was closed for 6 weeks, we sustained minimal damage, but used the time to spruce up our rooms as we were waiting for power and internet to be restored.

We are looking forward, and are putting IRMA behind us.

We remodeled the new building, we purchased, before Irma, we call it the “Shark Building” and we named the rooms “Great White, Black Tip, Hammerhead and Mako. Once released those 4 new rooms got rented immediately. They have been remodel with unique bamboo wall coverings and everything brand new.

But let me tell you about our first guest in our shark building.

Anyone remember that 80’S band, “Great White?”. There was a music festival last Feb, put on by the American Legion Riders and Capt. Pips donated rooms for the band. So Great White stayed in the Great White room. If you don’t remember the 80’s or are too young, this won’t impress you. For all others, this is pretty cool.

People started coming back to the Keys and it was business as usual. 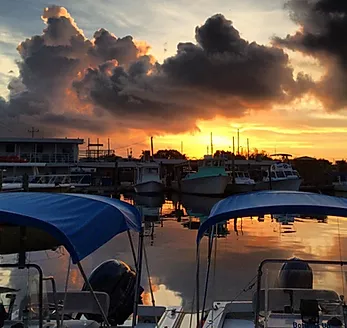 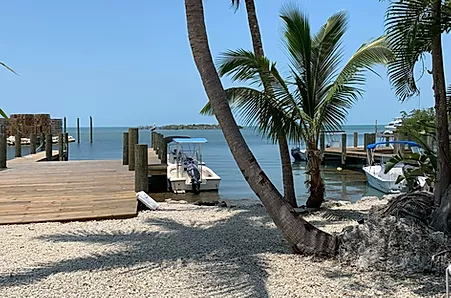 When Ernie purchased Captain Pips in 2014, he had his eye also on the property north of Captain Pips. He tried to purchase it, but it wasn’t in the cards at that time.

We bought and sold several boats, getting rid of our older Cape Horns and purchased a few newer boats.

Then in late 2018 the property north of Pips came up for sale again. Ernie snatched it up. He had been thinking for 4 years what he would do with the property if he ever got it. We moved our office from 1410 to 1480 Overseas Hwy. A little confusing at first for our clients, before we got our new sign, who thought they knew where our office was, but we got everyone checked in with no problem. We moved our snorkel boat, Spirit over too. Spirit continues to take snorkelers to the Sombrero Light house everyday. We built a Tiki Hut to house our snorkeling reservationist. Because we had more room for more activities, we also brought onboard: Jet skis and a charter boat.

On the new property was an old burned out restaurant, “Hanley’s”, opened in 1951. It caught fire sometime in the late 60’s early 70’s and was never rebuilt. Rumor has it that there was illegal gambling in the upstairs of the restaurant. It was quite an eye sore, all these years later, so we demolished it and now serves as our parking lot. Bye Bye Hanley’s, only memories for those who knew it well.

Also on the property were two additional buildings. One building we total renovated and is now serving our guests in our: Loggerhead apartment, Mermaid guest room, Seahorse Efficiency and Starfish Efficiency. Great views overlooking our canal. And because housing is so expensive here in the keys, we turned the other building into employee housing. So a few of our employees can have affordable housing and are on the property if any of our guest have issues after hours. Look for the emergency no in your room, if you have an issue.

We have a lot in store for our new property. We will be moving our trailer office to the parking lot and beginning construction on our new office and store in Jan. 2020, 2000 square footage. Hopefully won’t take very long to complete, because we have Starbucks coming on board too.

Ernie moved down the the Florida Keys in March 2014. Before becoming the owner of Captain Pips Marina & Hideaway and Spirit Snorkeling, Ernie was a convenient store owner. His favorite part of owning the Hideaway is being able to meet so many awesome people! Ernie has met people from all over the world and wouldn't trade it for anything!

ERNIE'S FAVORITE SONG - Get Along by Kenny Chesney

ERNIE'S MUST SEE IN THE KEYS - Sombrero Reef 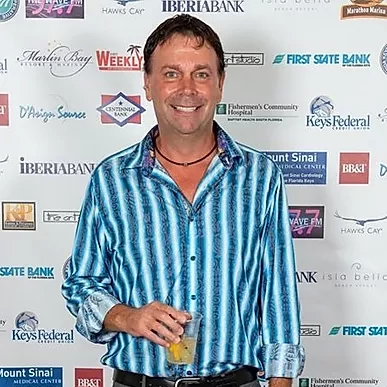 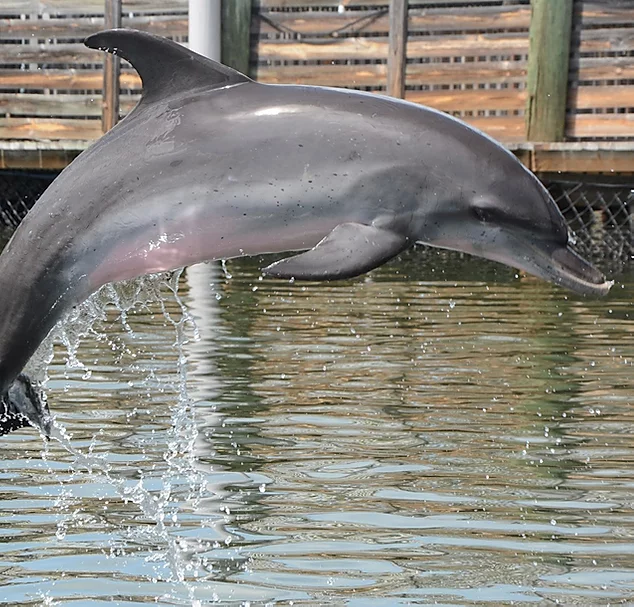 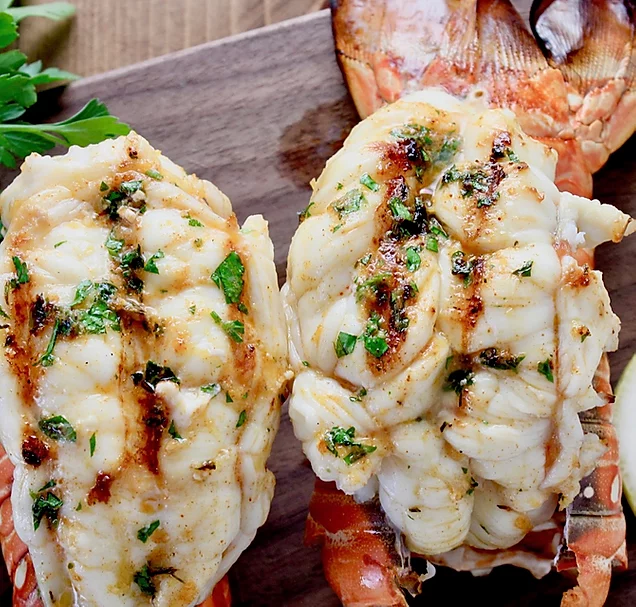 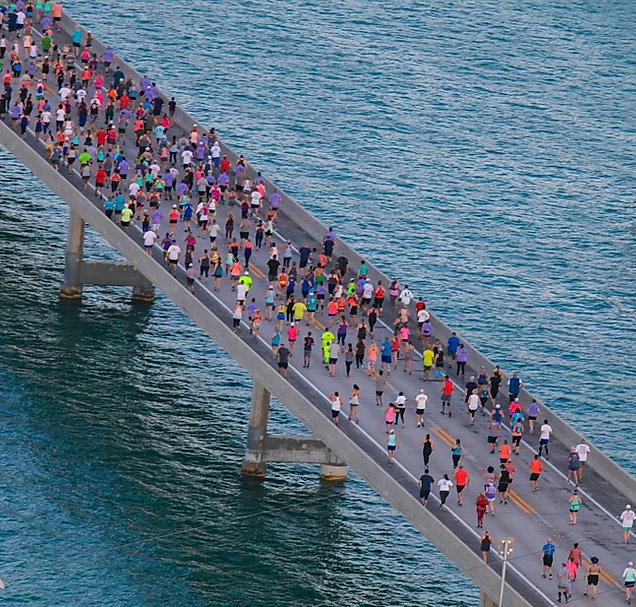